How we became a responsible cosmopolitan.

Our story began in 1967 at a detached house garage in Pori, Finland. There Aarne Heljakka decided to make his own version of a board game he received as a gift from America. The game that transformed the Finnish board game culture was named Kimble. Its popularity is based on a simple yet thrilling game idea that became Tactic’s overall recipe for success.

In the past fifty years, the small family business from Pori has grown into an international game powerhouse. Our board games sell millions of copies every year in more than 70 countries around the world. The joy of sitting together at a game table unites all continents and nations. 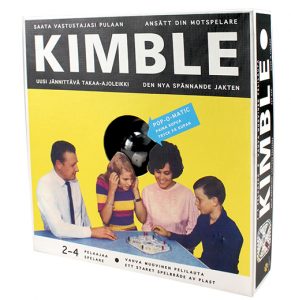